No rest for the wicked: young and unemployed in Italy

In recent months, discussions of work and its futures has been a daily occurrence in Italian media. Italy was the first European country to lockdown in March 2020, and it is one of the European countries where the economic effects of the pandemic have showed most. Poverty was already widespread before the pandemic, but, for many, it was significantly worsened because of the impossibility of work.

Workplace closures (particularly in the service sector), unemployment and a loss in working hours has suddenly transformed the present and futures of Italian workers. Long-term projections are long lost and even near-term predictions about the future seem out of reach. From March 2020 onwards, unemployed, temporary, informal and even dependent workers have all become reliant on food banks and income support in unprecedented numbers.

Amongst this grouping, precarious and temporary workers pay the highest toll in this economic impasse, the majority of whom are young workers. According to the International Labour Organisation (ILO), worldwide more than one in six young people have stopped working due to COVID-19. But the role of work in the lives of Italian young adults was already complicated before the pandemic. Millennials, in particular, experienced two economic crises, and were already used to the challenge of juggling many precarious jobs, despite the diffusion of high-level education. Hit by unemployment in an unprecedented way, most are now left with limited support as they have restricted access to social security rights. At the same time, many temporary contracts simply expired during the lockdown and were never re-activated, meaning emergency income support measures remain unattainable for many. The same problem applies for interns. Those working in non-essential food and service sectors, again predominantly occupied by young people, have also suffered in lockdown as their employment has been suspended. The need to accommodate social distancing measures also threatens the closure of these businesses in the long term.

Yet young Italians are trying hard to circumnavigate the social security system to ensure their livelihoods. Unemployed millennials and post-millennials are increasingly relying on Reddito di Cittadinanza (RDC), a conditional income support policy, launched in January 2019, described as “an active labour policy against poverty, inequality and social exclusion: an economic support that helps integrate family income [and] associated with work and social reintegration activities”. Influenced by Social Impact schemes and universal basic income ideas, this poverty support policy requires the user to accept any job provided by the State in order to maintain the benefit. In 2019, half of those seeking poor relief in Italy were under 34 years old: 26% of RDC’s users were between 24-44 years old; 12% between 25-34. In the first half of 2020 RDC applications rose by at least 25%. These numbers are remarkable considering that Italy’s population is one of the oldest in the world, with an increasing 65+ population set against declining numbers of young people. Most interestingly, young Italians’ use of the policy might in some ways resemble a form of basic income. Moreover, as the applications rose unexpectedly and lockdown measures suspended the activities of many sectors, work activations seem to be on hold, and many young users say they have not yet been contacted by employment centres.

Young Italians grew up in a society where unemployment is structural, and their approach to work is characterized by pragmatism. The highly educated tend to construct a double career path. One line is represented by frontstage jobs (their main occupation even if it is not the best paid) that presents their identity in an acceptable way. It could be for example what they studied for, or what they love and really want to do in the future. The other line is composed of backstage, low status and temporary jobs, seen as a means of supporting life projects (usually in service and food sectors). In a stagnant economic context, between concern for the future and the impossibility of work, RDC might be a way to get a living in place of this low status ‘career’ path – just like a basic income would do.

But to get this form of financial support, young adults also have to face the stigmatization of RDC, whose popularity recently reached its lowest point ever. Many Italians are convinced that RDC users might be fraudulent, despite the diffusion of economic insecurity. The majority of Italian politicians and lawmakers grew up with a Fordist conception of employment that allowed for upward mobility and long-term expectations. From this perspective the lack of plans of the next generations is a sign of laziness. In the last decade, the Italian public discourse about poverty and merit has been strongly focused on the individual responsibility of its recipients, who are often depicted as irresponsible or unworthy. This is particularly true in the case of RDC. From its first launch, users have been portrayed as ‘fraudulent’ and ultimately undeserving. There is also a more general public narrative circulating in Italy that young workers are “choosy” and “bamboccioni” (overgrown babies). According to this rhetoric, unemployment and the inability to leave the parental home is due to being spoiled and workshy. 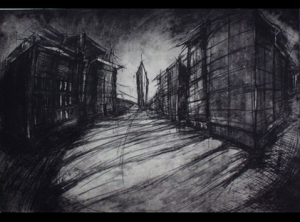 Despite their reliance on the RDC, millennials and post-millennials still appear to be avoiding other forms of support, like food banks. The diffusion of unemployment is now so widespread that its forms of relief are now seen as untied from a strict conception of poverty and stigma. On the contrary, food banks remain symbolic of deep deprivation. However, there may also be other factors at play. In a society where the relationship between work and consumption is shifting, with social status and identity are more shaped by consumption than career, getting the needed resources with income support might be less damaging for social status than getting consumption products from the food bank. The insistence around the unwillingness versus inability to work, opens the path for the responsibilization of users. However, young Italians grew up with the awareness that a linear career is now out of the question, no matter how hard you try. The stigmatization of users based on an outdated idea of ​​work does not affect the identity representation of young precarious workers that much anymore.

We live in a time of precariousness, characterized by a lack of perceived futurity. The promise of a good life and of a social upward mobility are no longer attainable. In this sense, the future of young Italians does not seem bright. But their choices seem to depict, still implicitly and individually, a new perception of the situation. They might be adjusting, without yet knowing where to go from the current impasse and reacting to the idea that work as it was, as an end in itself, does not exist anymore, and that a new and pragmatic, conception of work as a means is still yet to come.

Costanza Guazzo is a Ph.D candidate in Sociology at the University of Turin and Milan, researching the representation of identity and work for young welfare users.